Gunnebo’s airport security gates installed with facial biometric technology will be used for passenger boarding in the capital of Bahia; the procedure will be 100% automated. Gunnebo participates in the pilot project “Embarque + Seguro” (translated as safer boarding) – an initiative of the federal government of air boarding using facial recognition. The goal is to make the boarding process at airports more efficient and air travel safer.

After the approval of the tests, which took place on December 14 with real Gol passengers in Salvador, the technology will also be installed in the main airports in the country, such as Brasília and Galeão, in Rio de Janeiro. 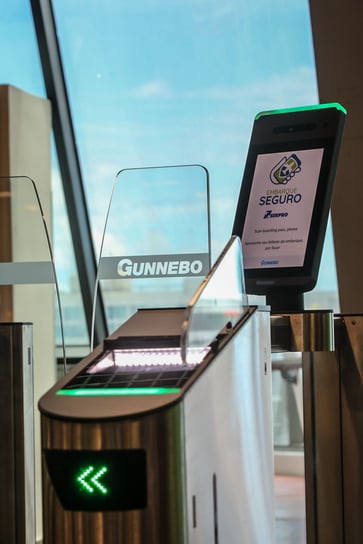 The project is designed by the Ministry of Infrastructure, through the Civil Aviation Secretariat (SAC), in partnership with Serpro, an IT intelligence company from the federal government.

In “Embarque + Seguro” the two stages will be undertaken by automated facial biometric machines, without documents being manually exchanged. It is Gunnebo’s system, known as Self Boarding Gate (SBG), which allows biometric recognition of the passenger at the time of boarding.

“With our technology, the procedure is 100% automatic without any human intervention. The authentication, in turn, is performed by the Serpro base, which validates or not the passenger data”, says Marcelo Andrade, Product Development Manager at Gunnebo Brazil. 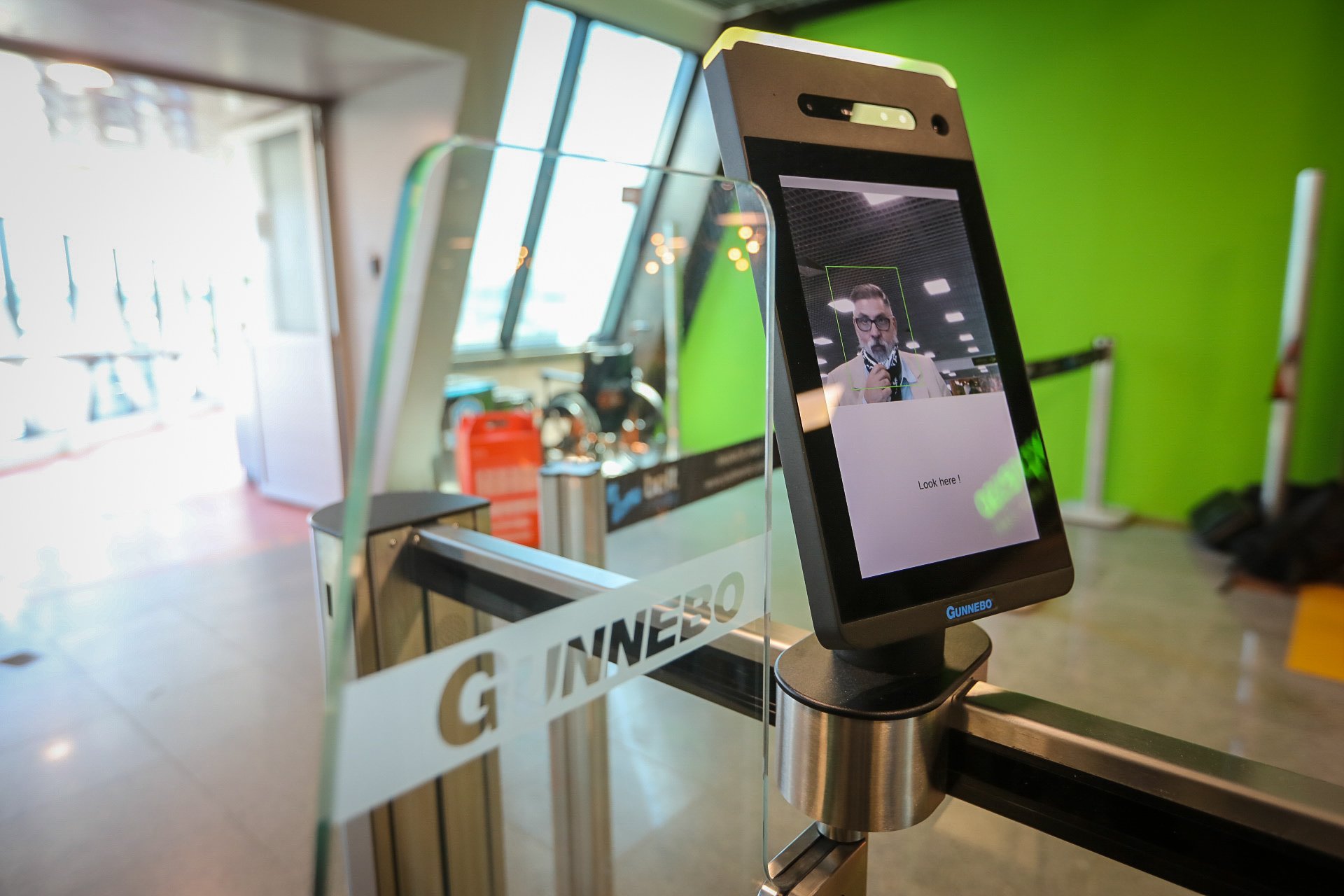 “In addition to the end of the health concern that we are currently experiencing with the coronavirus, facial biometrics bring more agility and security to operations. In combination, it offers all the passenger traceability, from the time they got on the plane until the moment of landing”, communicates the executive.

“Embarque + Seguro”, in addition to proving the identity of the boarder and therefore ensuring more security for passengers, also reduces waiting time in queues. In the future, the traveler may have access to departure information or the fastest route to get to the boarding area.

Marcelo Andrade further explains the benefits to the users of the airport, “Passengers are delighted as they are quickly released from the security process with the automation of data entry and collection; the airport has more satisfied passengers as they have more free time to enjoy the service and shopping structure, and also the airport authorities, who see increased security with the integration of biometric technology. Automated and document-free airport security simultaneously benefits many stakeholders in the airport journey process.”